Ubuntu is a derivative of Debian with a focus on the human touch, especially on usability and functionality even by non-technical users. It's created and funded by entrepreneur Mark Shuttleworth through his company Canonical Ltd.

Ubuntu's idiosyncratic name is derived from a South African word which roughly translates to "humanity towards others" or "solidarity among people." This philosophy is reflected in its logo, a highly stylized suggestion of three people of different complexions embracing, arm-in-arm in a circle.

It was decided that every fourth release, issued on a two-year basis, would receive long-term support (LTS). Long-term support includes updates for new hardware, security patches and updates to the 'Ubuntu stack' (cloud computing infrastructure). The first LTS releases were supported for three years on the desktop and five years on the server; since Ubuntu 12.04 LTS, desktop support for LTS releases was increased to five years as well. LTS releases get regular point releases with support for new hardware and integration of all the updates published in that series to date.

Ubuntu 19.04 Disco Dingo was the previous stable non-LTS Ubuntu, released on April 18, 2019. It received updates for nine months until January 2020.

The community has developed Ubuntu on other platforms such as ARM (Other than Nexus) or PowerPC which are not officially supported.

Canonical is a company run by Mark Shuttleworth that provides funding and development for the Ubuntu project. There was a lot of controversy about Canonical making Ubuntu profitable and the decisions began to be more Canonical and profit focused rather than community-friendly. Canonical also may change any part of the Ubuntu system, as part of the contract.

Although Ubuntu is a derivative of Debian, Ubuntu maintains its own packaging infrastructure that is periodically synchronized with the main Debian repositories. 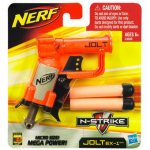 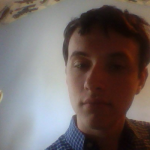